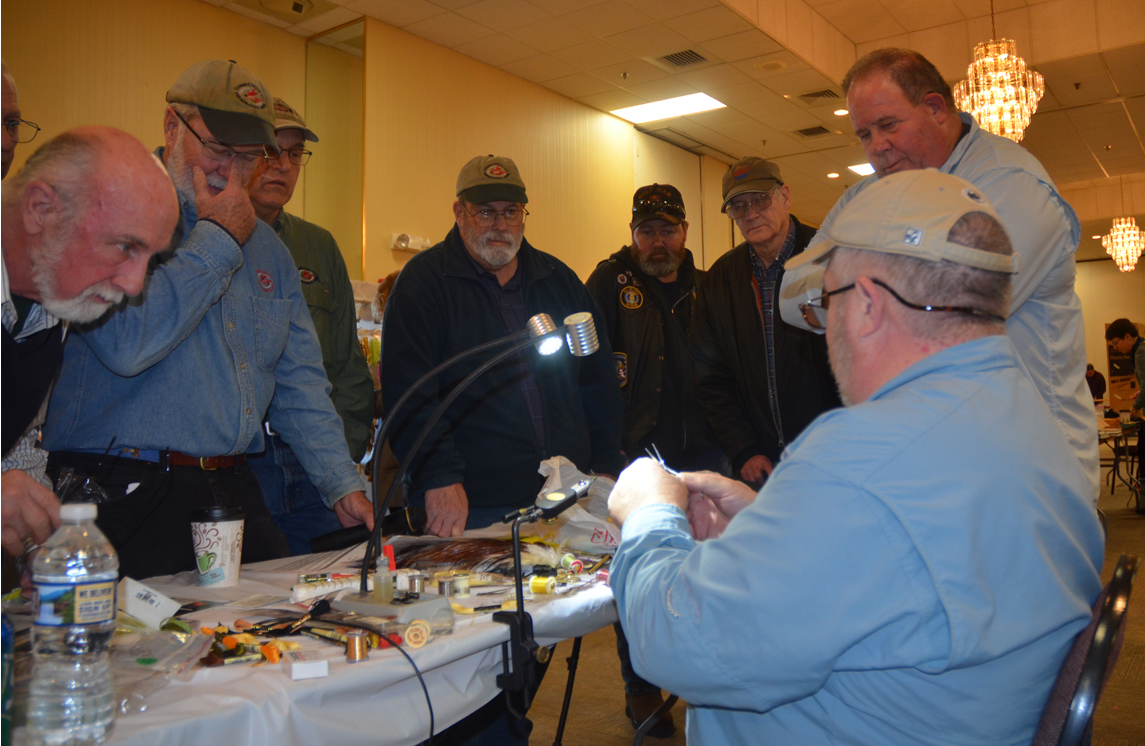 Greg conducted his graduate research on the eastern green drake on Penns and Kettle Creeks so he knows this burrowing mayfly very well. In this class you’ll learn to tie some of his effective patterns to imitate the nymph, dun, and spinner. When you take this class, you’ll be provided with patterns Greg has tied as take home references as well as the hooks and materials needed to tie the patterns during this class. All you’ll need to bring will be your fly tying vise, tying tools, and a light.

Greg Hoover is widely acknowledged as North America’s most knowledgeable fly fishing entomologist. He received his Master’s degree based on his thesis researching Penns Creek’s famous green drake hatch. Greg has conducted hundreds of seminars on the identification and imitation of trout stream insects and their relatives. He taught ENT 425 a course titled, Freshwater Entomology, an undergraduate / graduate level course in the Department of Entomology at Penn State. We should point out that Greg also knows terrestrial insects too! He’s taught entomology for 28 years at the Pennsylvania State University’s main campus, where for the past 21 years, Greg has enjoyed his role as the faculty advisor to the Penn State Fly Fishing Club which has more than 100 student members. He was the recipient of the George Harvey Award for unselfishly promoting the sport of fly fishing through teaching of others. Greg was the 2012 Order of the Hat award recipient from the Fly Fisher’s Club of Harrisburg, an honor given to an individual for contributions to the conservation of natural resources and fly rod angling.

For the past 8 years Greg taught the courses, Principles of Fly Tying and Fly Fishing for Trout, and Mastery of Fly Fishing, in the Department of Kinesiology at the Pennsylvania State University’s main campus, continuing the tradition started by the late George Harvey in 1934. Greg is an accomplished and innovative fly tyer and a darn good fly fisher as well. He cut his teeth as a fly rod angler for more than 54 years on Pennsylvania’s hard-fished public water. In 1992 Greg coauthored a book with Charlie Meck titled, GREAT RIVERS–GREAT HATCHES, a 384-page, hard cover book that describes over 60 high-quality trout waters and their hatches across the United States. Greg contributed a chapter on periodical cicadas in the book, MODERN TERRESTRIALS, by Rick Takahashi and Jerry Hubka. He has written articles on trout stream insects and fly fishing that were published in Outdoor Life, Fly Tyer, American Angler, and Mid-Atlantic Fly Fishing Guide. Greg is a banquet and monthly meeting speaker to many different fly fishing organizations including Trout Unlimited chapters and International Federation of Fly Fishers clubs in the eastern and midwestern United States. 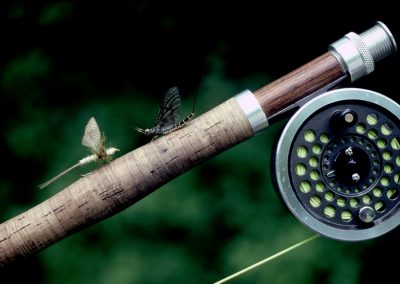 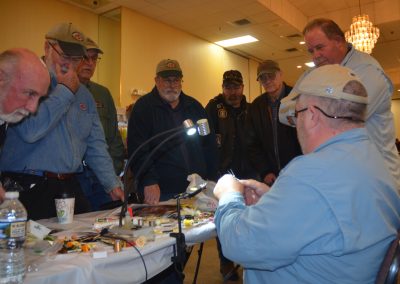 Did you expect what we all experienced over the last year?

So many things have happened that changed our lives, our health, occupations, economy, relationships, bank accounts, priorities, friendships, and on and on. One bit of salvation for me has been my ability to close the door of my fly-tying room away from the bad news. I’ll bet you understand that last sentence. I hope to actually test all those new patterns in the near future. Wish you the same.

Unfortunately, my son Ben, who has done his best to conduct a full slate of Fly Fishing Shows, was forced to postpone or cancel too many. The good news is he is already working on 2022 and I look forward to hearing the plan. There is one show I still direct: the International Fly Tying Symposium in Parsippany, NJ. I want to share some news we can feel good about. Mark your calendar with a happy smile for November 20-21, 2021.

It will be the 30th symposium . . . and I promise the best ever. The Parsippany Hilton, 10 miles from the Mall at Short Hills and 31 miles from New York City, features the largest ballroom we have ever had. Information for tiers, exhibitors, and attendees will be available in May.